So for anyone not following me on twitter, I'm currently attending Culture Hack Scotland; basically the big idea is to try and bring the tech and culture communities together. This is also based around a set of open data which including fringe data, although for 2011 at least the fringe data will have some restrictions applied to it; however it's a great step forward.

There are lots of idea's going on, some of which are quite exciting. However my plan is to work on a "Festival" Rendering of openstreetmap for Edinburgh, I'm really just at the point where I can start to render maps and have a proposed tagging scheme for doing this within OSM.

Still lots of work to do but at the moment I have started to put Fringe Venues on the map: 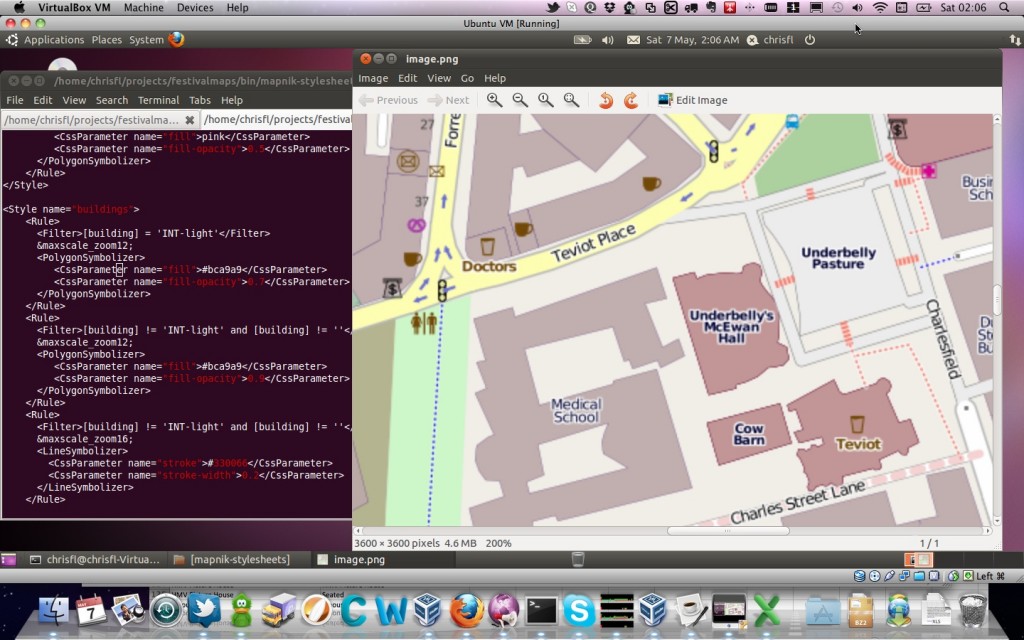