I've just noticed that Google have finally got round to updating the Google Earth imagery for Edinburgh. It's about time to as the Microsoft and Yahoo aerial imagery have covered Edinburgh for some time now.

It looks to me like the images of Edinburgh were captured in August last year, the level of detail is very impressive. A few nice things to point out here are, sitting on the Meadows we can see the big top circus tent and fairground used over the festival. [

Also of interest is the aerial view of of the Quartermile development. We can see how much of the area has been demolished and how much the area still has to be developed. 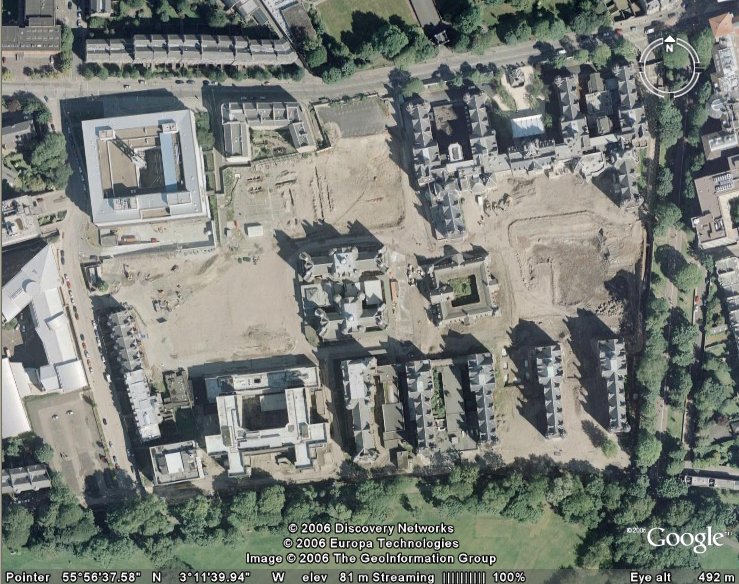 The winding areas of the castle is also well worth a look. The bandstands put up for the Edinburgh Tattoo is in evidence on the esplanade. 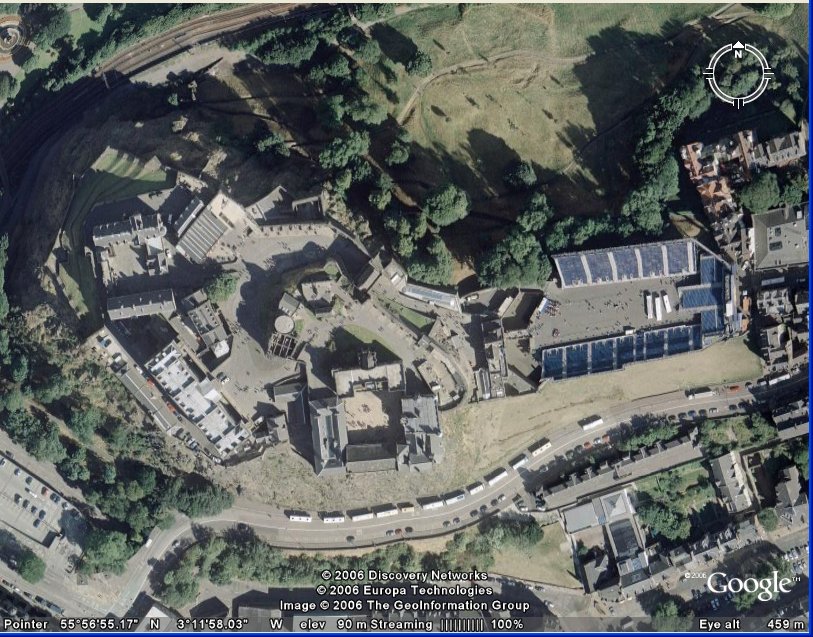