I had the plesure of doing a talk for the Rotary Club of Esk Valley this Tuesday, the talk was based on the talk I gave at SoTM Scotland,  with some of the more detailed information removed and some more introductory material added. So this posting is to cover some of the new stuff I covered or at least meant to cover.

I started with an introduction to OpenStreetMap briefly touching on the licencing terms and then lot of examples, such as cyclestreets for cycle planning, foursquare, ski maps, and not forgetting the Gaelic Map.

I then moved on to talk about HOT's Humanitarian Work, borrowing lots of material from a previous HOT presentation.

After some talk about quality and contributors, I showed how to create an account and some slides on starting to use potlatch. I moved on to talk about phone apps. The full list for Android and iOS on the OSM wiki is quite intimidating so I wanted to give some specific suggestions to help get people started. 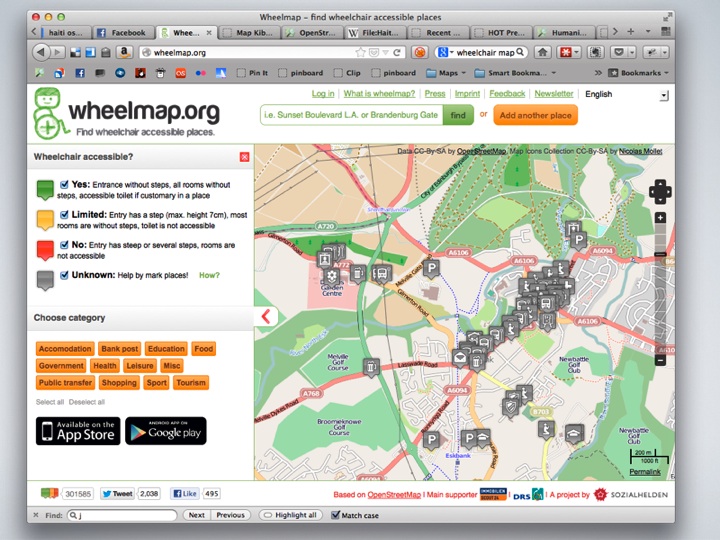 Simplest of all and working on both platforms is wheelmap.orgWhich provides a really simple interface to allow users to add accessibility information to existing places in OSM. 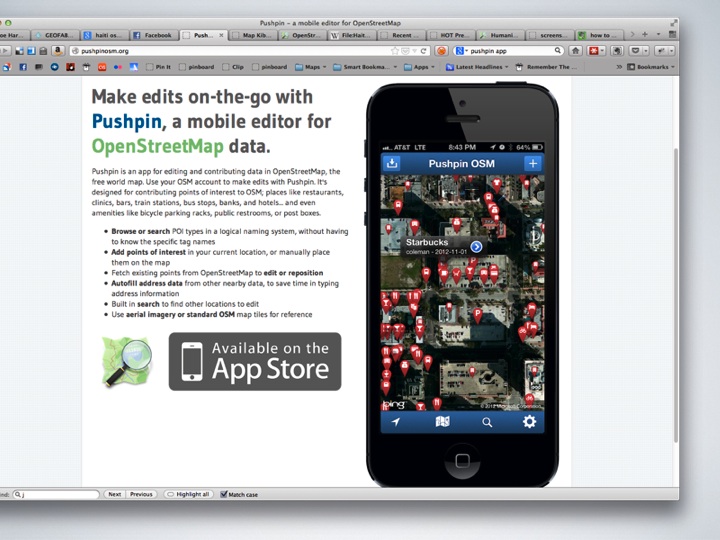 To add or edit POI's on iOS there really is a simple choice, Pushpin a really nice simple well though out interface. 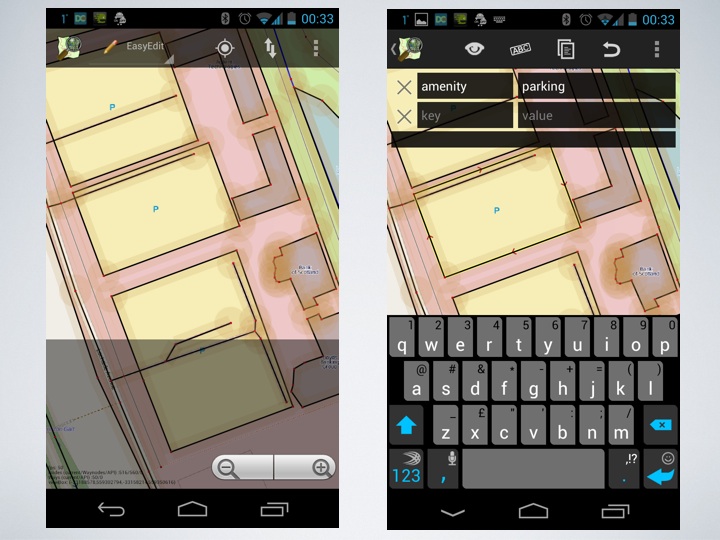 On Android, I recommend  Vespucci, it's not as simple as pushpin but does allow a lot more to be edited on the go.

For more advanced mapping users may want to collect tracks. For Android I had lots of apps to choose from: 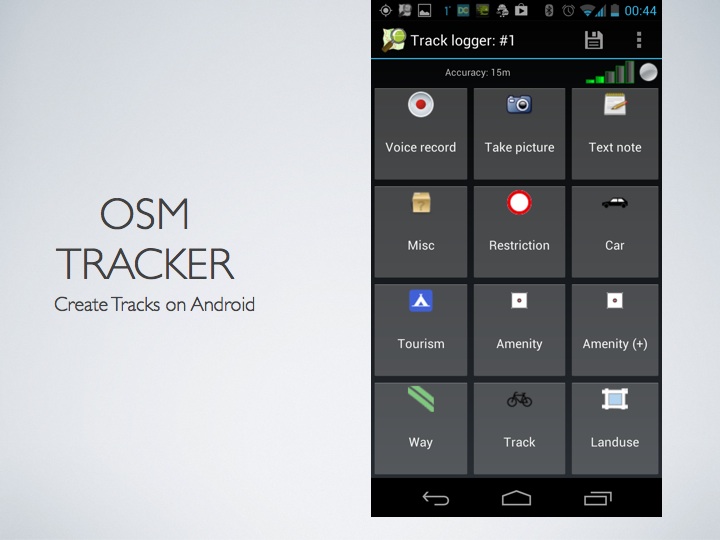 and I would recommend OSMtracker, it collects the GPS track and also allows some POI's to be noted on the go. 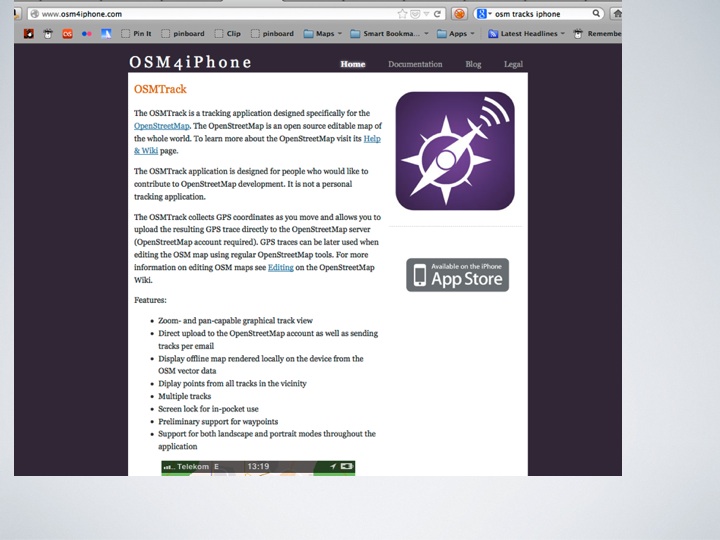 The choice was much more limited on iOS and in the end I couldn't quickly find a free app, so I find myself recommending OSMTrack which costs a mere 69p as is ideal as it can upload directly into OSM as well as supporting offline data.

and that was it, I had already talked far too long and so it was time to finsh up and go to questions.

We had some good questions, about using OSM for teaching, one of the users had already installed wheelmap and was adding information.

Someone also asked if we had Kevock Road, so I took a deep breath and entered it into the search box. 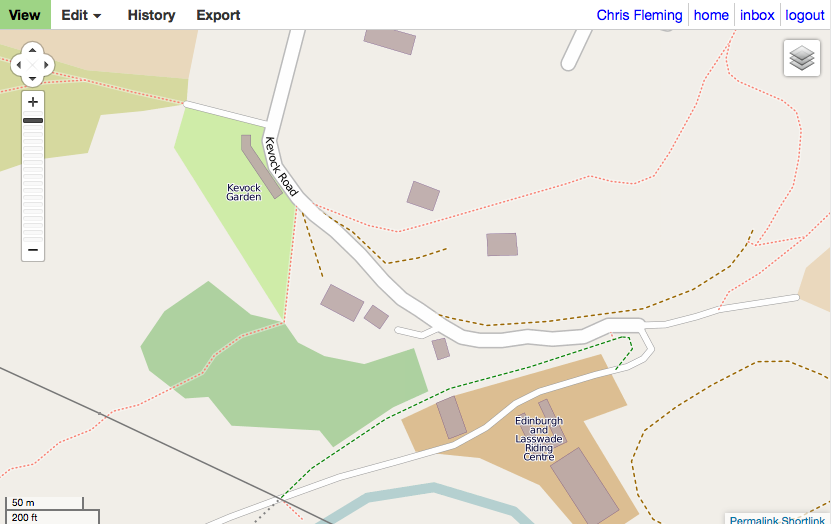 and I was very happy to find the road was there and we had lots of details around it.

A big thanks to the Club for inviting me out and being such a good audience.